“The truth is that challenge is the crucible for greatness. The study of leadership is the study of how men and women guide people through uncertainty, hardship, disruption, transformation, transition, recovery, new beginnings, and other significant challenges. It’s also the study of how men and women, in times of constancy and complacency, actively seek to disturb the status quo, awaken new possibilities, and pursue opportunities.”

The Truth about Leadership: The No-fads, Heart-of-the-Matter Facts You Need to Know

“Adversity is a crucible for greatness” as we have it said in different ways and also witnessed it in every hero’s journey throughout the history of human existence. To say that the last 6 months of early to mid 2020 have been challenging, would be the understatement of the century. No matter who you are, what industry you are in and what responsibilities you happen to have, this has been a year of disruption. For some the disruption meant going from being very busy to a complete standstill, while still for others it meant an increase in demand that outweighed their ability to meet it. But for all of us it meant life and business as we knew it was the thing of the past, everyone had to change or perish.

My last live on-stage session was a big conference in Grand Rapids, Michigan USA in early March. It was a massive venue packed with 800 mostly professional women in the audience, for the International Women’s Day week. My topic was “Unleashing Your Greatness In A Changing World of Work”. I had flown in the day before from my home in Nova Scotia, Canada connecting via two of busiest airports in the Midwest, Toronto Pearson and Detroit Michigan before landing in Grand Rapids. The news was all about Corona Virus spreading rapidly around the world, but it was still business as usual where I was. Within a week of that trip

everything started to shut down as lockdowns rolled out seemingly everywhere around the world. My pipeline of booked conferences ground to a halt with many clients cancelling and others postponing as the great uncertainty took hold.

Some of the clients we dealt with went into panic mode as they scrambled to stay open, while putting in place structures for enabling remote work for their employees, while others temporally shut down. Working mostly with multinationals in fields that can’t shut down like the financial services sector and others meant that some of our clients needed to come up with new solutions quickly. This meant helping their team leaders quickly master the new way of working and to navigate through the disruption.

We got to witness some of the transformation that some of our clients went through. I have observed leaders using the crucible of this crisis to unleash greatness by reinventing their organisations, building inclusion and engagement of their teams. There are no overnight success stories for me to share, only the steps that leaders I am working with have taken to meet the needs of the moment. I am grateful to have been invited to be part of the journey.

So, here are 3 ways leaders are doing this:

Early on in the pandemic, some of our clients were getting bombarded with all the information about the Covid-19, what to do, what not to do and most were, frankly, getting overwhelmed. So, our earlier engagements became more about sense-making. Making sense of what the changes taking place meant for the world, their industry, their business and ultimately their own lives. Most leaders we worked with saw the value of understanding the context in order to make better decisions about going forward.

The engagements quickly moved to reinventing the organisation going forward and in order to do this we helped leaders spend time thinking of and asking pertinent questions.

Some of the questions that I helped some of the leaders I worked with were:

How have the needs, wants and expectations of our customers changed as result of this crisis?

What mindsets, tools and infrastructure do we need to succeed in the changed reality of work?

How should we re-evaluate what and who we value in the organisation?

How do we create an adaptive, collaborative and resilient way of working going forward?

What did we learn, what did we do well, what can we do better next time?

Building Empathy and Inclusion in Diversity

As the world was grappling with the crisis of Covid-19, another disruption took the world by storm and that was the death of George Floyd in America at the hands of police and the following mass protests and unrest. As this happened, it quickly became clear that this was not going to be like anything else we have dealt with before. The frustration, anger and outpouring of support for #BlackLivesMatter meant that leaders of organisations could not just sit on the sidelines. Employees and customers alike demanded leaders to make their stand as silence was seen as being complicit.

I started getting calls from leaders from different organisations from corporate, to government and non-profits all wanting to better understand how they need to respond and what to do.

I helped leaders with a quick response checklist that they needed to do:

Following this I have been working with some leaders to have conversations in their organisations that lead to increased empathy and inclusion. We did this via holding webinars where I delved into the topics of unconscious bias, privilege (Race, Gender and Ability privilege), and cultural intelligence. One CEO of a global financial services firm hosted a town-hall like online session doing a Q&A with me to talk about navigating cultural sensitivity with cultural intelligence with hundreds of her team leaders and staff joining in across the globe. The interesting thing about the session was that she was in London and I was in my office in Canada and her people were joined in from a dozen locations worldwide.

This crisis is definitely helping organisations to think differently about diversity and finding ways to build empathy and inclusion in the way they operate.

Some of the leaders I have been working with through this crisis have been in dire need of inspiration to give hope to their teams and uplift them for the task at hand. So, interestingly the content of my last live on-stage presentation in Michigan, has also been weaved into some of my engagements during this crisis. Some of the keys to ‘Unleashing Greatness in a Changing World’ that I have shared during this time are:

Be Who You Be

Define and stick to what sets you apart. What you do has not changed – what has changed is how you do it.

Don’t compromise your principles that will in turn safe-guard your reputation and purpose.

Choose how you show up. Stay positive, connected, build rapport, be visible and engage.

Envision this crisis not as the end of a dream, but the beginning of new opportunities and new goals

“When all is said and done your leadership is going to be judged by how you rose to the challenge of this crisis.”

When all is said and done your leadership is going to be judged by how you rose to the challenge of this crisis.

The great leaders I have had the pleasure of working with in the last few months have used the crisis as the crucible to unleash greatness and reinvent their organisations. The outcome is still to be fully realized but indications point to them building organisations and teams that are innovative, inclusive and hopeful for the future. I hope you will take a leaf from their book.

Speak to us today 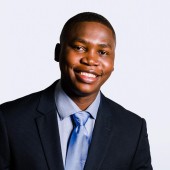 ORGANISATIONAL CULTURE AND DIVERSITY EXPERT Enabling leaders to make the most of the diversity in the new world of work. Creating effective, inclusive workplaces that result in exponential growth. Buhle is an award-winning entrepreneur and author of 6 books. He helps his clients leverage the benefits of diversity and shows leaders and teams how to create the most productive and effective organizational cultures. From his humble beginnings in a rural village in South Africa, he now has global businesses based in Canada and South Africa and speaks in four continents. Buhle has received a Nation-Building award from Archbishop Desmond Tutu, has worked with leaders around the world including Nelson Mandela, and is an associate of the Cultural Intelligence Centre in Michigan. Buhle’s delivery style is personal, entertaining and laced with both humour and story-telling. He puts focus on practical applications ensuring real-life learnings and tangible business outcomes.

The Circle of Courage – Rethinking the 4 quadrants of organizational effectiveness

5 reflections from a psychologist navigating Covid-19.

Transitions – what must we leave behind in order to move forward